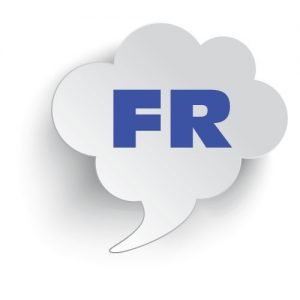 French translation services are our specialty at Art One Translations. We have more specialists working in French than in any other language, and each year they translate close to 1,000,000 words to and from French in a variety of specialized fields.

But you may not know that we work with two completely separate French teams – one in France and the other in Québec (French-speaking Canada).

Let’s take a closer look at why we treat the two dialects so differently and how they affect the French translation process.

Need French Translations? Which Market Are You Targeting?

While some people may not realize it, the French spoken in Canada and in France is radically different in many ways.

Differences in spelling, punctuation and phrase construction distinguish the two dialects. In other words, French translations into the wrong dialect will not read naturally to their target audience as the original text intended.

Both dialects of French are heavily regulated. The French in Québec is governed by the Charter of the French Language, while in France, the Toubon Law mandates the use of French in a variety of professional and business contexts.

The Role of Vocabulary in French Translations

Vocabulary is one of the most significant differences between European and Canadian French.

The French used in Québec also has borrowed words from Native Canadian languages, especially regarding flora and fauna.

Moreover, differences in idiom and phraseology can lead to misunderstandings between speakers of the two dialects. Many Québecois sayings will be understood literally by European French speakers.

Il n’a pas le goût de sortir ce soir means “he doesn’t want to go out this evening” in Quebec, but in France, it would be understood literally as “he doesn’t have the taste to leave.” Similarly, while parler à travers son chapeau means “to beat about the bush” in Quebec, a French speaker from Paris will not pick up on the idiomatic meaning.

And, of course, if you are translating documents that contain slang or swear words, the two languages are famously different. Many curses in Québecois French are religious in origin. For example, someone in Paris might use the extremely mild curse “Zut!” when they forget something. In Québec, the same person is likely to say “Baptême!” which literally translates to “baptism.”

Grammar and Usage in French Translations

In general, the grammar of the two dialects is very similar.

One notable difference is the use of pronouns – in France, the formal “you” (vous) is more commonly used than in Québec, where speakers often default to tu in all situations.

Another interesting difference is the use of inclusive language in Québec. As a rule, a mixed group of subjects takes the masculine form in French. For example, an all-female group of salespeople are vendeuses, but if one man joins the gathering, they are now vendeurs. In Québec, it has become more common to refer to such a mixed group as vendeuses et vendeurs to indicate the presence of women.

While these distinctions may seem minor, they make an enormous difference in how your French translations are received. A reader in France will have to work to pick up on new vocabulary and idiomatic expressions in Québecois French, and the text may feel stilted to them. French translations aimed at readers in France should use the cultural references and vocabulary common in that market.

The reverse is considerably more sensitive. The role of the French in Québec is politically significant, and as part of preserving the province’s linguistic heritage, many officials oppose borrowing words from English. French translations tailored to speakers in Québec will not only be easier for them to understand, but they will also ensure that your company is well-perceived by locals.

Search engine optimization, or SEO for short, is another critical reason to ensure that your French translations focus on a single target market. It’s often said that users search the way they talk. In other words, they are searching for common, everyday terms rather than thinking of synonyms used elsewhere.

For example, a user in Québec searching for information on spare parts for their bicycle will use the word bicyclette. Their counterpart in France will use the word vélo. If your website is using the wrong term, it may never come up in the search results for that user.

Because of the considerable differences between European and Canadian French, we select English to French linguists who live and work in the country in which the dialect into which they translate is spoken.

Beyond assigning every French translation to a native speaker of French who specializes in the subject matter of the text being translated, we have an equally qualified linguist who proofreads every text. This TEP (Translation, Editing, Proofing) QA Process ensures that terminology is used consistently, resulting in an error-free text that reads as naturally as an original document.

Our areas of specialization include technical literature, user information texts, and full Web and software localization. Among subject domains in which we offer French translations are technology, telecommunication, software and hardware, ERP electronics, manufacturing, engineering, automotive, and machinery.

Learn more about our QA Procedures in Translation.


We work with many file formats and provide desktop publishing services (DTP) to give each final product the same layout as the original on which it was based, saving clients time and hassle due to file conversion.

Contact us to learn more about our market-specific French translation services and how we can help you with your translation needs.

You may also be interested in learning about the differences between Canadian English and the English spoken in other English-speaking countries.