If you had to name a single world language, it would be English. Fifty-four countries recognize English as an official language, roughly 350 million people speak it as a native language, and estimates of second-language English speakers go as high as one billion. Since it has developed in five different continents with varying cultures, many dialects of English have arisen, making it essential that English translations take dialect into account. Below we will explore the two most prominent of these dialects: American and British English.

NEED ENGLISH TRANSLATIONS? WHERE IS YOUR MARKET? 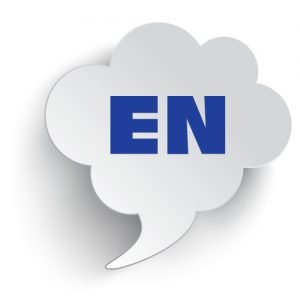 There are thousands of differences in vocabulary between American and British English. Britons call a truck a “lorry,” garbage “rubbish,” and a lineup a “queue.” Differences in usage of the same word are even worse: if a Briton says something like, “Drat! I left my torch in the boot,” on a dark night, an American will be stunned, as torches, in American English, don’t fit in boots, and they are only used to open the Olympics (an American would say, in this situation, that he had left his flashlight in the trunk of his car). Similarly, “trainers” are running shoes in the UK and fitness experts in North America, and, while a “chemist” is a human expert in chemistry in North America, in the UK it is a pharmacy, which North Americans might call a “drugstore.”

The grammar of British and American English is different, as when Britons say “his family are very supportive,” while North Americans say, “his family is very supportive,” and idioms can be mutually unintelligible. Certain terms can even mark a Canadian speaker from an American: what the British call the “lavatory” is a “restroom” to an American and a “washroom” to a Canadian, and, while British people “ring” one another when making phone calls, Americans will “call” one another, and Canadians often “phone.” These little differences add up, and each time readers do a double take over an unfamiliar expression, the very purpose of translation is undermined, as the text sounds foreign.

It is because of these differences in language use that Art One Translations’ linguists work and live in the same area as their target audience. Each English translation is tailored to a specific geographic region and goes through our TEP (translation, editing and proofing) quality assurance process, each stage of which is completed by a different linguist. This ensures consistent terminology and an error-free translation that looks, sounds, and feels as natural as an original document. We offer English translations in  wide variety of specialized fields, including IT, software and hardware, ERP, telecommunications, electronics, general engineering, technical, automotive, and heavy machinery, mining and exploration, and biomedicine.

You can learn more about our Quality Assurance process here. We work in many formats and provide desktop publishing services (DTP) in order to give each final product the same layout as the original on which it was based, saving clients from time and hassle due to file conversion.